Our main research interests are perturbative Quantum Chromodynamics (QCD) and strong interactions, and their applications in high energy nuclear and particle physics. According to arXiv.org research category, our research falls into [hep-ph], i.e., high energy physics - phenomenology. This is a field of theoretical physics that focuses on the observable consequences of the fundamental particles, their interactions, and their emerging phenomena. Most recently, we have also started research in quantum computing for QCD problems. Current activities of our group include research in the following four topics: 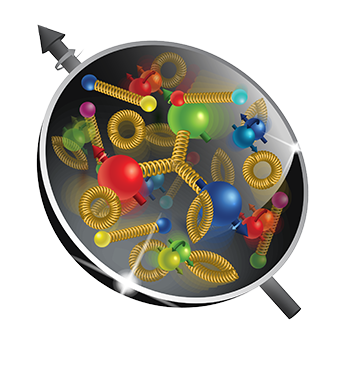 Our main focus along this direction is quantum tomography of nucleons, i.e., understand QCD structure of the nucleon and spin physics. QCD is the theory of strong interactions, which describes how elementary particles like quarks and gluons interact with each other and is responsible for how quarks and gluons make up of hadrons. The fundamental laws of QCD are elegantly concise. However, understanding the structural complexity of protons and neutrons in terms of quarks and gluons governed by those laws is one of the most important challenges facing physics today, a challenge that motivates the newest generation of experimental facilities.

Armed with so-called QCD factorization theorems, theorists are able to extract the low-energy properties of the nucleon structure from the experimental data. In the last few years, a multidimensional description of nucleon structure has begun to emerge that is providing profound new insights into QCD dynamics. Theoretical breakthroughs have enabled us address long-standing questions concerning the confined motion of quarks and gluons inside the nucleon. How do they move in both transverse and longitudinal planes? Do they orbit, and carry orbital angular momentum? Are there quantum correlations between the motion of partons, their spin and the spin of the nucleon? These novel quantum correlations have challenged and greatly brought forward our understanding of the interplay between nucleon structure and different measurements in which this structure manifests itself.

The research is closely connected to experimental programs at Jefferson Lab, COMPASS, Belle, RHIC and a future Electron Ion Collider (EIC). In particular, EIC has been recommended as a highest priority in U.S. Department of Energy's 2015 Long Range Plan for Nuclear Science, and the EIC physics has been regarded by National Academy of Sciences as compelling, fundamental, and timely. 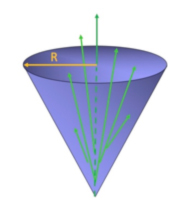 Our main focus along this direction is the application of perturbative QCD and effective field theory techniques in high energy physics. In particular we are using perturbative QCD and effective field theory, e.g. soft collinear effective theory (SCET), to understand jets, jet substructure, and heavy flavor production (both open heavy flavor meson and heavy quarkonium). The research is closely connected to the experiments at the LHC and RHIC.

Collimated jets of hadrons are a dominant feature of high energy particle interactions. They originate from accelerated quarks and gluons, and thus can provide important clues about the behavior of quarks and gluons at high energies. In recent years, jets and jet substructure measurements have emerged as an ideal testing ground to study the fundamental properties of QCD, for obtaining information about the partonic structure of the proton, and for extraction of the strong coupling constant. In addition, jets and jet substructure provide promising new observables for searches of new physics beyond the Standard Model (BSM). 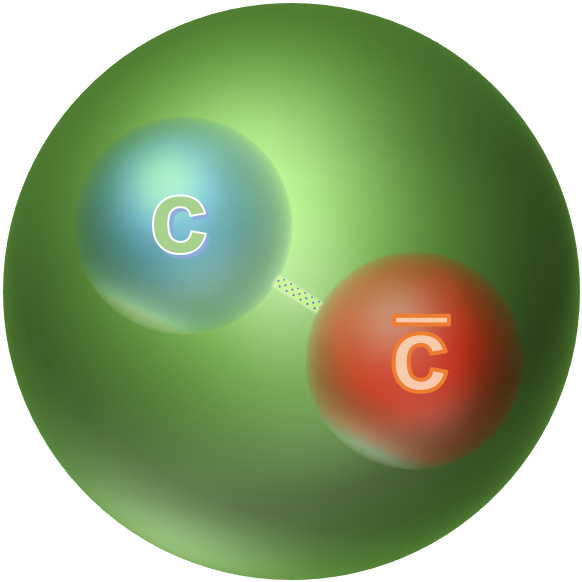 At the same time, the research on heavy flavor production including open heavy flavor meson, heavy flavor jet, and heavy quarkonium remains to be one of the most active and fascinating subjects in strong interaction physics. For example, heavy quarkonium production could provide essential information about hadronization and fragmentation. However, almost forty years since the discovery of the J/ψ, we still have not fully understood the production mechanism of heavy quarkonia. Theoretical calculations on jets, jet substructure, and heavy flavor whose precision matches that achievable in experiment are of critical importance. Needless to say, a good understanding of these processes allows deeper insights into QCD dynamics, serves as a prerequisite for further progress, and is also essential for any BSM physics searches. 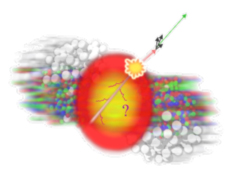 Our main focus along this direction is hard scattering in nucleus and heavy ion collisions. Ordinary nuclear matter is predicted to go through a phase transition to a completely new state under extremely high temperature and density. Such a new state of hot and dense matter of deconfined quarks and gluons, the quark-gluon plasma (QGP), should have existed about few micro-second after the Big Bang, and have also been recreated in ultra-relativistic heavy ion collisions at both RHIC and LHC. Our efforts have been focused on the so-called hard probes of the dense matter, typically refer to high transverse momentum partons/jets (or electromagnetic emission) and their hadronic fragments. Because of the hard scale involved, these processes are created in the early stage of the collision and therefore provide access to the space-time history of the transient hot and dense nuclear medium. Both the initial production of hard probes and their subsequent interaction with the dense medium could be treated by the perturbative QCD.

In order to provide a baseline for unambiguous identification of hot and dense medium effects, one should also carefully understand so-called cold nuclear matter effects, which arise from parton multiple scatterings in cold nuclear matter. These multiple scattering can be either incoherent or coherent depending on the parton density, and play an important role in understanding QCD dynamics in nonlinear kinematic regime.

The research is closely connected to the experiments performed at RHIC, LHC, and the future EIC.

As highlighted by Feynman and others, such systems may be amenable to quantum computations, requiring polynomial-scaling quantum resources only. While the application of quantum computing to QCD is at its earliest stages, illustrative examples within QCD-like models can be illuminating and already offer some very interesting aspects and promises. Our initiative "QC for QCD" research has just started, but some interesting progress has already been made. Our goal lies in applying QC for QCD problems, that are also the core mission of QCD program at the Jefferson Lab, RHIC, LHC, and the future EIC.